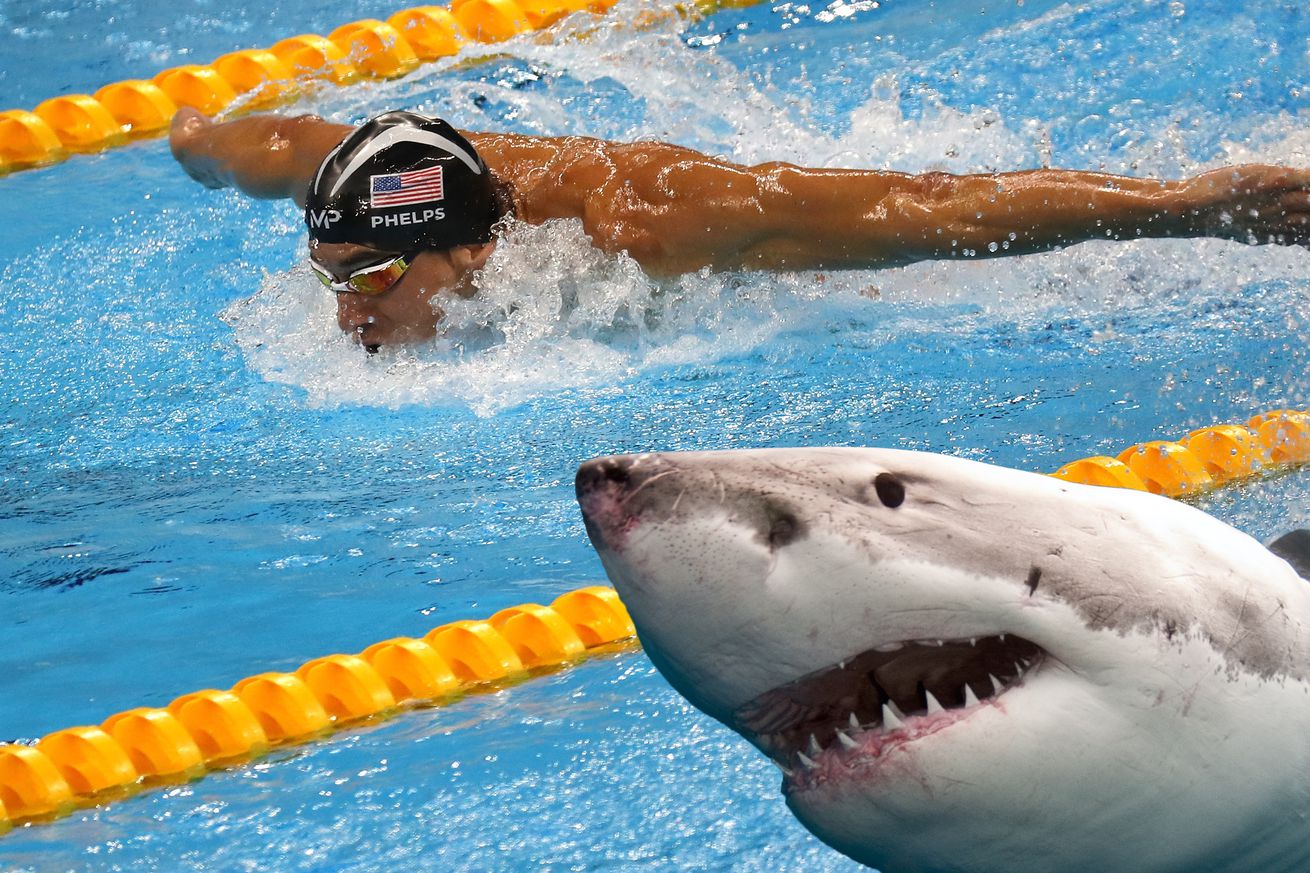 It’s Shark Week again! And we can all set Foxtel to the Discovery Channel, toss out the batteries to the remote and marvel at our favourite prehistoric fish.

And what a start we’ve had. After a massive build up, the world’s greatest swimmer has swum against a Great White Shark in what was to be the showdown of the century.

Great Whites are at the top of the food chain, only occasionally hunted by Killer Whales in the wild and can grow to a mammoth 1 metric tonne in weight and nearly 6 meters long. Phelps is the greatest Swimmer of all time, holding a record 28 Olympic Medals. Equipped with a Monofin specially designed wetsuit, Phelps braved the brisk waters just 11c off the coast of South Africa to challenge a great white to a 100m race.

Phelps maintained an impressive average speed of 5.9mph in the water, but the feared ocean predator ended up pipping Phelps by a narrow 2-second margin! That 2-second margin may or may not have anything to do with some cheeky editing of the footage of course… The race was a time trial, with the shark baited by a seal to string it along the direct line of the course. The Great White completing the open water swim in a time of 36.1 secs. Phelps did his best in the tough conditions to come in posting a time of 38.1 secs. Discovery superimposed the shark’s swim next to Phelps as he swam to give an awesome comparison. The hype surrounding the race was built as a battle for ocean supremacy. You’d have to be insane to jump into the water right next to a savage great white! Nevermind the fact that Phelps dived into the Great White’s natural habitat in any case. Nah, I’m sure there was nothing too insane about this film shoot. The special effects appear to be right up there with the work of Jaws in the 70’s. Actually the mechanical shark in Jaws looked pretty damn good at times.

Phelps wants another crack in warmer water as he feels he was disadvantaged by the frigid conditions. He tweeted.

The shark is yet to respond to Phelpsy or trash talk him back on Twitter. Check out the Discovery Video below: