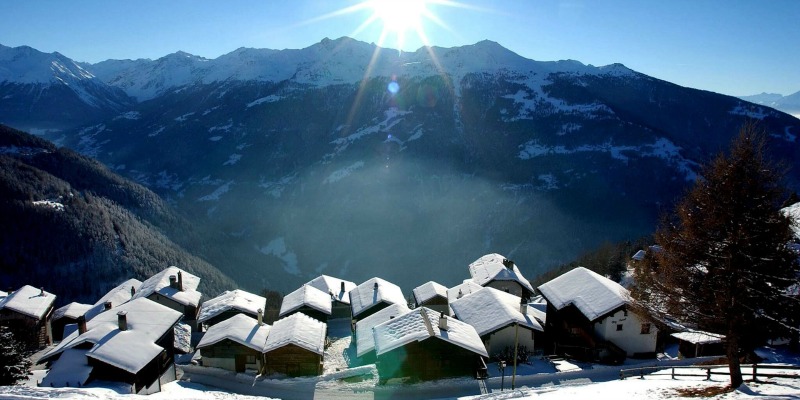 Missing persons cases are a source of constant pain to those loved ones left behind. So many questions are left unanswered without a final sense of closure.

Back in August 1942, Marcelin and Francine Dumoulin, went to milk their cows in a meadow above the small town of Chandolin. It was the first time the mother of seven had joined her husband on the trip as she had had back-to-back pregnancies. The couple never returned from the expedition sparking a search of the region.

However after a fortnight the search was called off, and the seven children were separated and sent to live in foster care as they grew up. The mystery of how the parents died became a cold case. The children never ceased their search for their parents. “We spent our whole lives looking for them without stopping, We didn’t think we would be able to give them the funeral they deserved.” their daughter, Marceline Udry-Dumoulin told the media. She was only four when her parents disappeared. Unbelievably, 75 years on, as the Tsanfleuron glacier receded, it eventually gave up one of its long-kept secrets. Whilst global warming is a terrible thing for the world at large, in this case it has given a family some much-deserved closure. The Glacier is part of the Glacier 3000 resort.

The resort’s director told the press that the bodies were clad in clothing from the Second World War and amongst the articles recovered were a perfectly preserved bottle, a watch and a book. It is believed the couple fell into a crevasse on that fateful day and were preserved in the ice until discovered last week. One wonders whether these articles may provide some insight into how the couple died. There is little doubt that the found couple are the Dumoulins, however, a DNA test has been ordered to put this beyond doubt.

The remaining children are overjoyed at the news, the youngest adding that she deemed black to be an inappropriate colour for the funeral, rather white would more adequately represent the hope that she never lost in searching for her beloved parents.