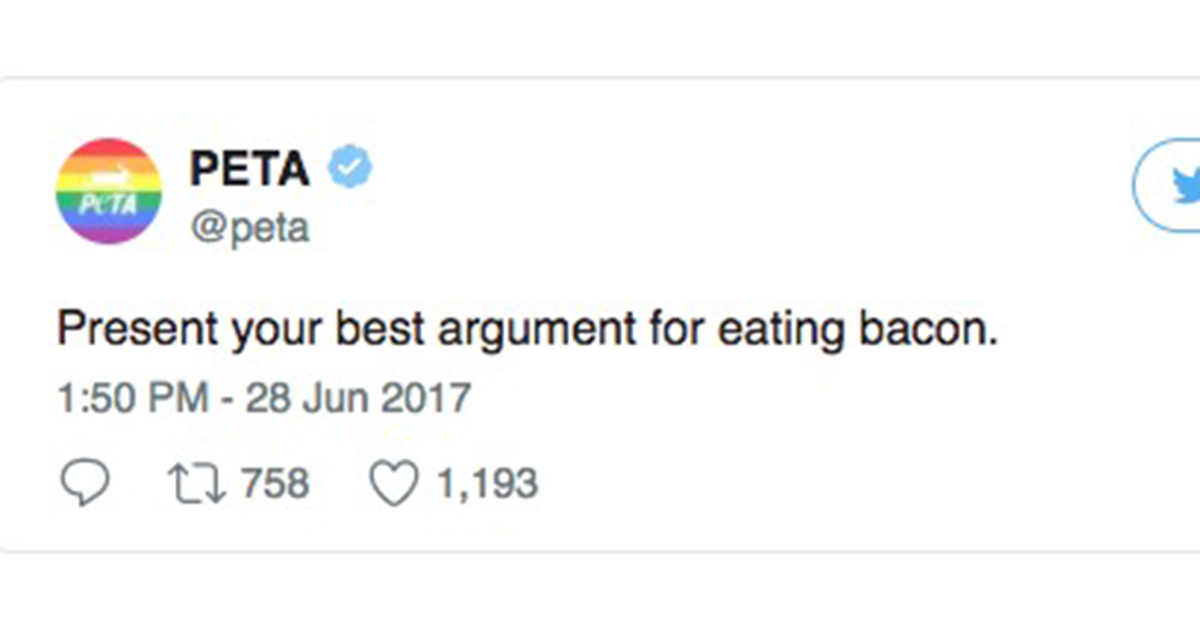 PETA Asks The World To Present Argument For Eating Bacon, The Internet Responds

PETA is known for its ability to divide society with its controversial and confrontational advertising releases. Even before the advent of social media the not for profit organisation founded in 1980 was able to resonate and strike discord between animal loving vegetarians and omnivorous individuals. However, Facebook, Twitter and the like have given a considerably more far-reaching voice to PETA as they wage their ongoing campaign against cruelty to animals.

In a recent tweet, PETA has unwittingly opened a gaping hole for pork-loving folks to exploit. The now viral tweet was seeking responses from the public in relation to reasons for consuming bacon, Meat lovers seized the day and went to town in response.

The organisation cannot complain about the wide publicity it has received as a result of the viral tweet. However, the content of the responses has only reaffirmed bacon afficionados’ love for the cured pork product.

Whilst it is believed that PETA generally has animals’ best interests at heart, their approach to confronting meat eaters about their lifestyle choice has attracted a real ‘f*ck off’ response by the wider community. It is very possible that a person can be both an animal lover and a meat eater. 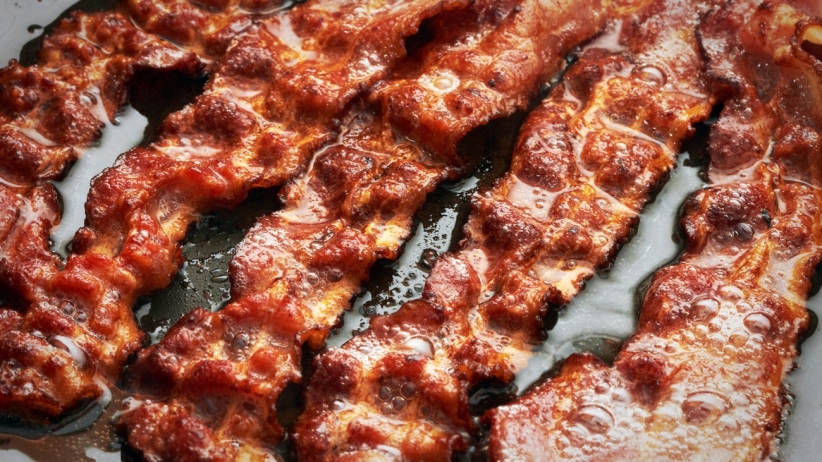 Besides being a bloody delicious substitute to kale, bacon has been used by modern civilisations to cure alcohol related ailments for generations. In the old days, people would gather at church on a Sunday morning to break bread. Nowadays, cafes are the meeting place of choice. Bacon is the social glue of these debriefings of the night before as it occupies between 40-60% of breakfast foods and 100% of the items worth trying.

Check out some of the hilarious and witty responses below as PETA united meat lovers around the world. 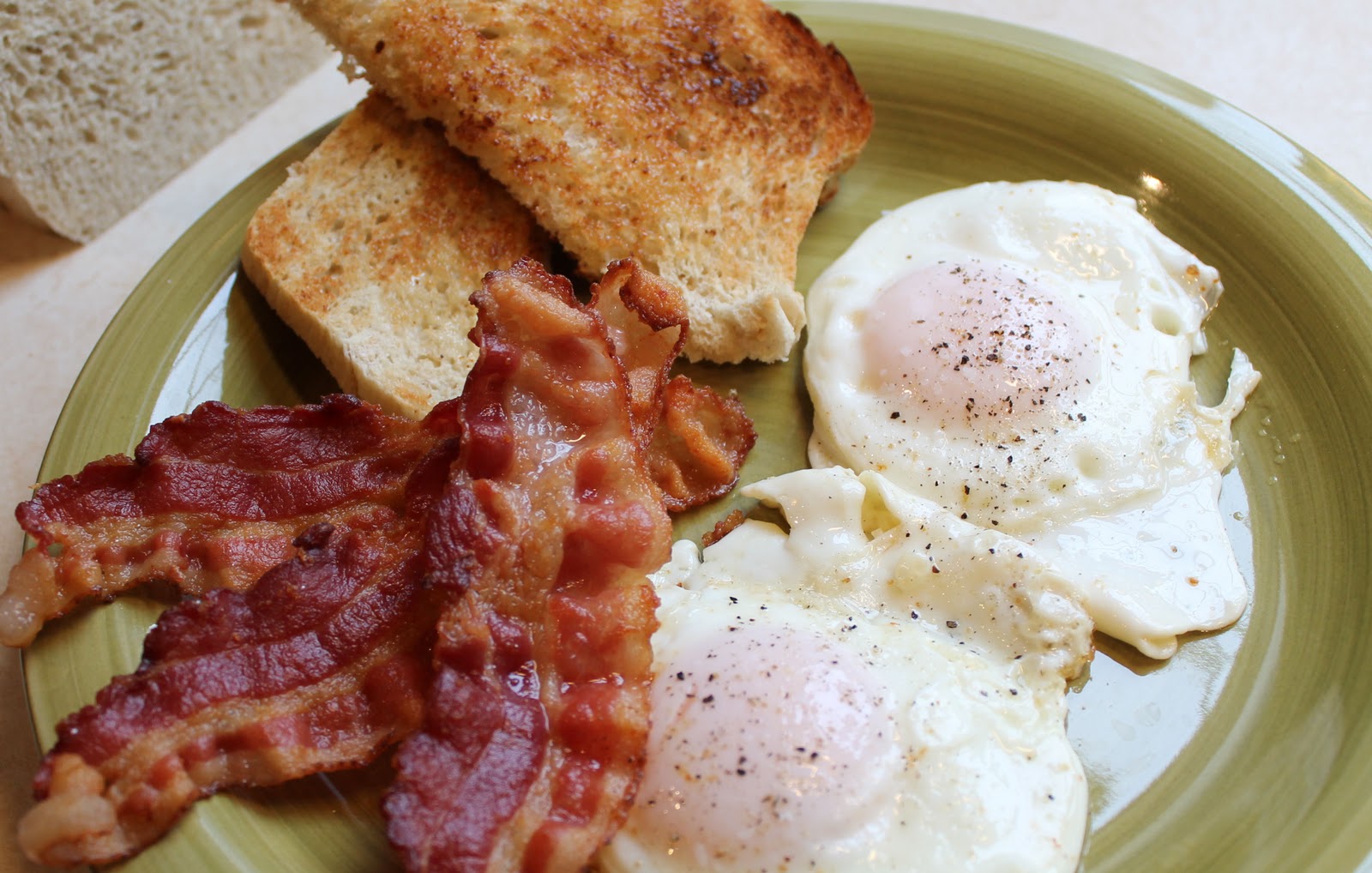 Bacon is a staple of the great aussie breakkie

Because no one wants an "LT" sandwich.

Scientists are sharing their favourite paper titles. Some of them are friggen bonza!

Yeah, look, despite the stereotype of them being a bunch of dusty old grandpas, scientists aren’t actually as boring as you’d think. Yeah, nah, some of them even act like real people and have real human interests. Dea...

‘Can my husband see his mistress?’ Just one of the questions police have received during lockdown in France

For some of us living in the western world, the idea of having to live with the threat of virulent illness, quarantine, and general chaos can be a bit much to take. Don’t get us wrong, we know the introverts out there...