Most of us know Orlando Bloom from his performances as the elf Legolas in the Lord of the Rings and, to a lesser extent, The Hobbit, trilogies. Of course, some of you kinky buggers who’ve seen those leaked photos, might also know him as Third-Legolas. If you don’t know what we’re talking about, the Carnival Row star got tongues wagging when photos of him in the buff surfaced in 2016. In the candid shots, he was ferrying his missus, Katy Perry, across a Sardinian Lake on a paddle-board. Not that any of the sheilas out there in the comments section noticed…

If you remember the event, you probably remember that most of the talk about the photos was focussed on Orlando’s 21st digit. His beaver buster. His Jimmy Wriggler. Yeah, nah, apparently, people thought it was so bloody big, the reasons for him taking to the water naked were completely understandable. 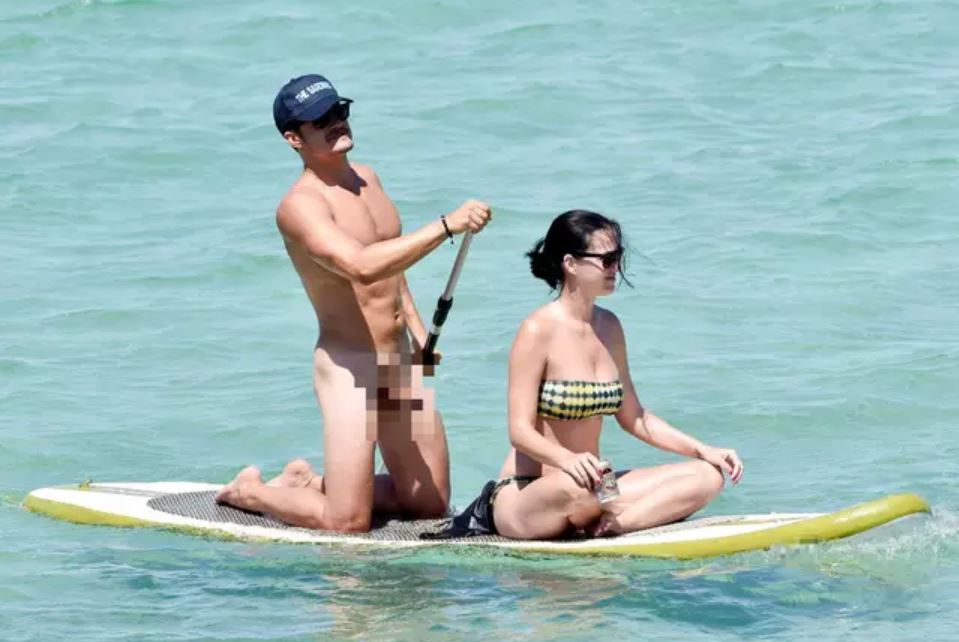 Now, though, after an appearance on The Howard Stern Show, he’s been quizzed about his apparent schloooooong. Bloom, though, reckons his milkbone isn’t that impressive. “It is really not that big. Things are expanded on cameras with a big optical lens. It is an optical illusion.”

In response, Bloom laughs. Finally, after coming to terms with the fact his giggle-stick is actually massive, his meat whistle is actually quite impressive, and his porridge bazooka just so happens to a bit of a Jurassic cock, he elaborates on what it was like when he discovered the photos were being released.

“The publicist called to say, ‘That is not the worst of it. First of all there were pictures with a block over it.’ And you make some jokes like: ‘Have you got a black box big enough to cover it?’ And then you suddenly realise somebody is going to uncover the black box because they are going to be paid enough. It’s a triple whammy – photos, black box, then no black box.”

For what it’s worth, we reckon you just need to be yourself. If that means embracing the fact your love truncheon requires its own postcode, then that’s a sacrifice you have to make. 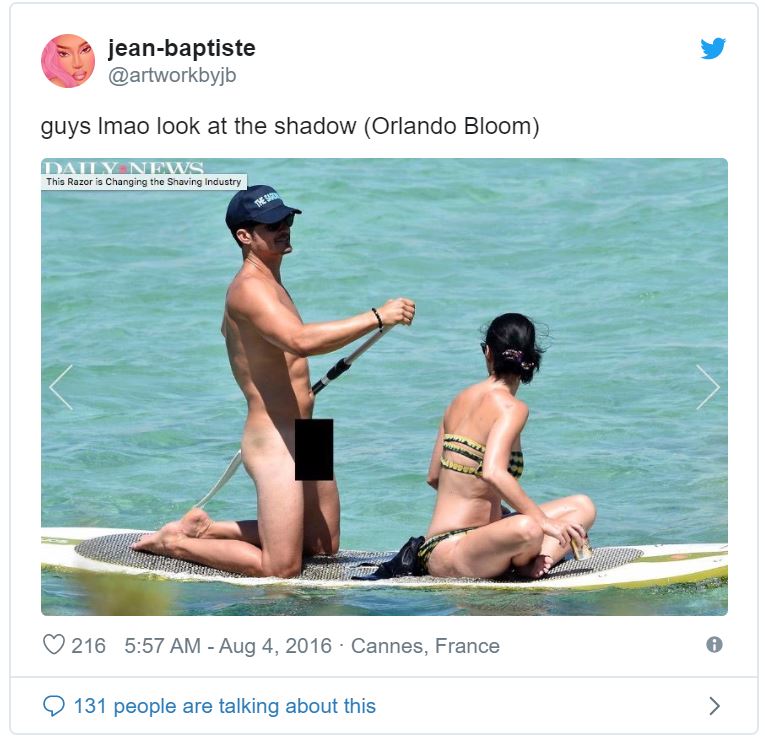 Final thought: Now, we haven’t looked at the photos. We don’t really care about old mate’s Johnson, but if you have, you can let us know what you reckon. Should Orlando be more humble, or should he be more proud? You tell us.