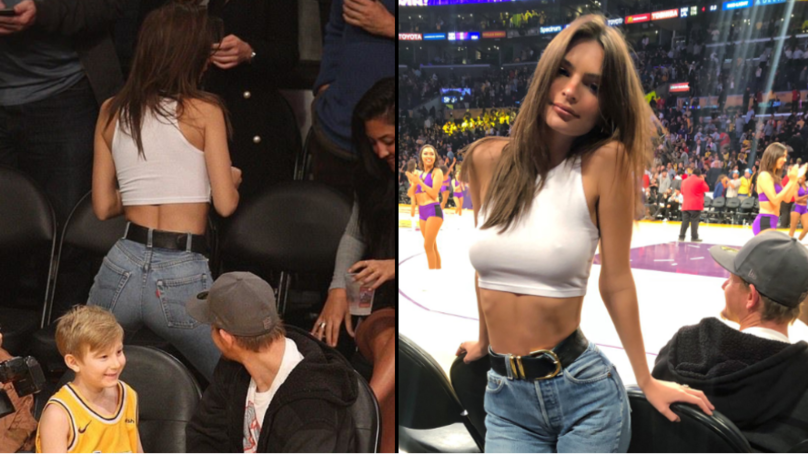 Man gets caught by son checking out model Emily Ratajkowski

A bit of ass never went astray. Once upon a time arses were purely functional, a nice plump fatty cushion to sit on. But as a society, we have reached a point where the arse is globally recognised as a thing of beauty. A few squats in the gym, a nice little flex and a good angle for your ‘belfie’ and you will draw a couple a likes and wholesome comments from the Instagram community.

Our parents always told us it was rude to stare. But what if a once-in-a-lifetime opportunity to gawk at something comes up. You’d have to wouldn’t you? Well, that’s what happened at an LA Lakers v Minnesota Timberwolves game in the states when this lucky bastard copped a very famous ass in the face. The ass was attached to none other than Emily Ratajkowski, the model and screen star who shot to fame by grinding up on Robin Thicke’s jock-rocket in the ‘Blurred Lines’ video a couple of years back. 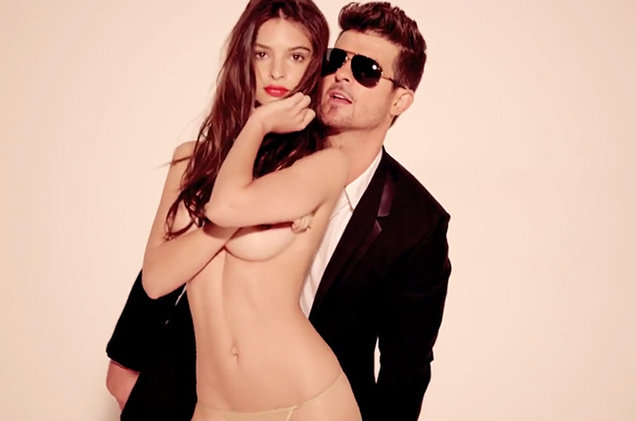 There’s a fine line between having a look and staring. But, make no mistake about it, this bloke is deadset staring, soaking it all in as he sits merely inches away from the masterpiece that has captured the world. And why wouldn’t you! The star is known for melting men and women’s hearts and dislocating wrists on a global scale!

The model was wearing a classic jeans and white crop top combo complete with the headlights on. The man’s son tried desperately to get his dad’s attention to ask for money to go get a hotdog or something, but got donuts in return. Seeing what had entranced his dad, the son gave a grin from ear to ear. 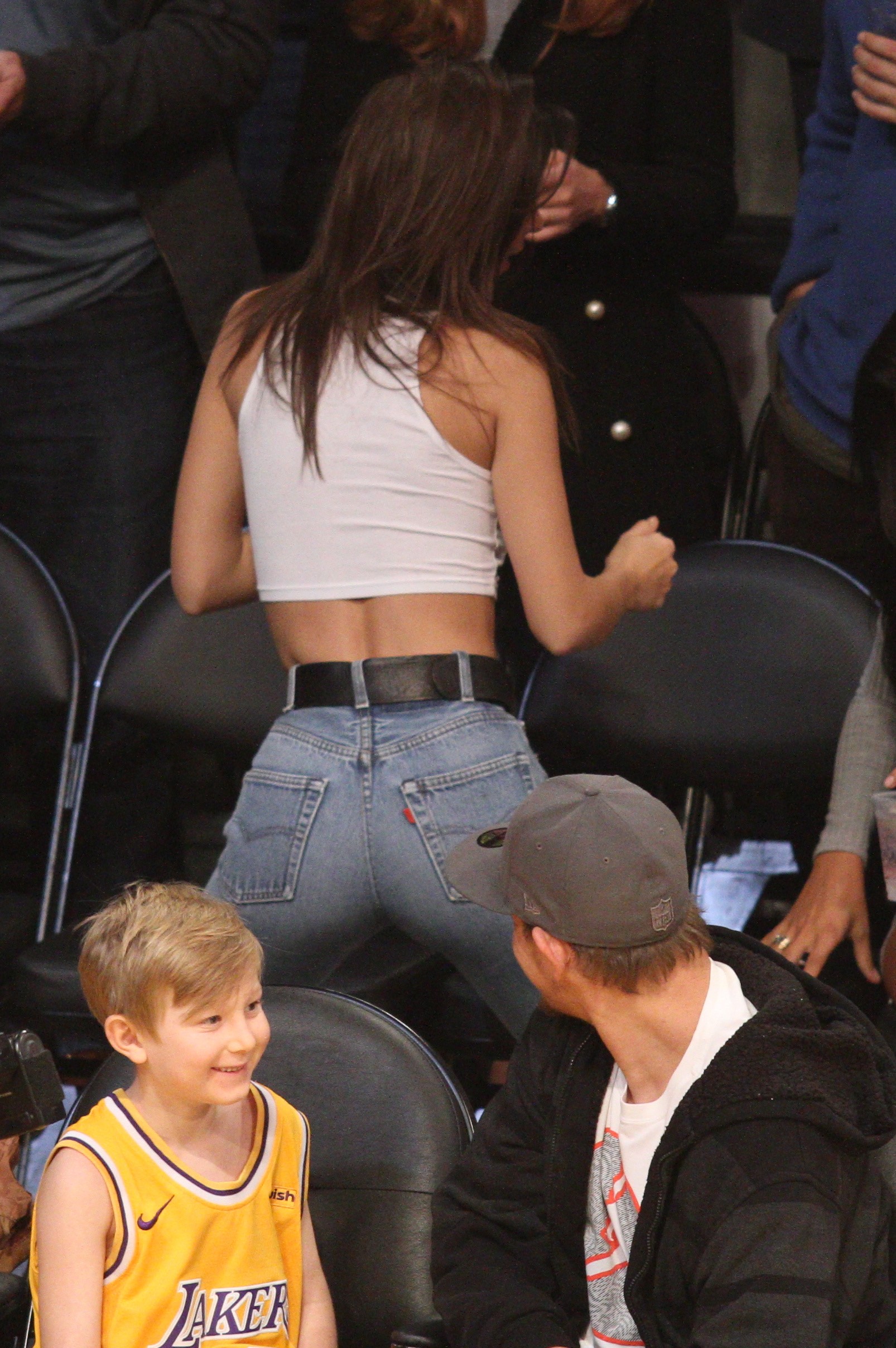 The moment was caught from the opposite side of the arena, as a break in the game saw the Laker cheerleaders come onto the court to shake their bits and pieces. There was candy everywhere and this bloke was clearly overwhelmed, not knowing where to park his peepers. Not only did the bloke have courtside seats, but also a front-row seat to a great bit of crumpet! 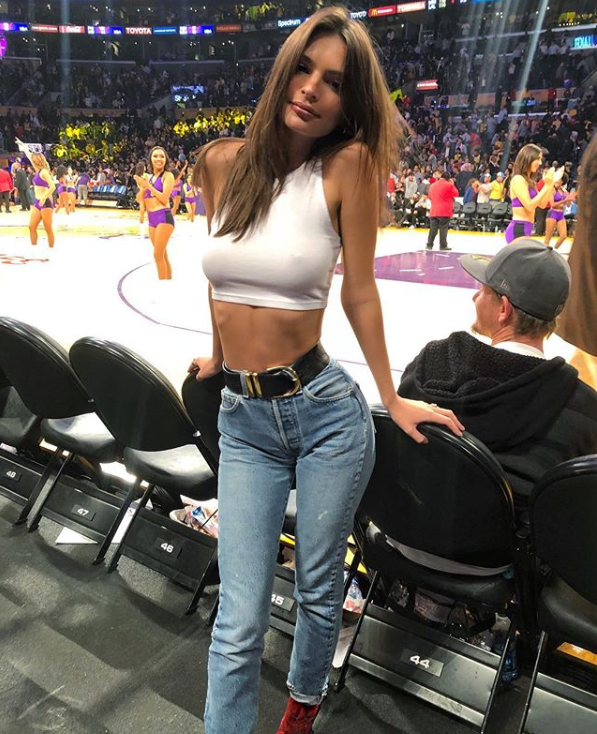 Just as good from the front! Credit: Instagram / Emrata

Many on social media have praised the man’s ‘carpe diem’ attitude.

“It’s a once in a lifetime opportunity you have to risk it all.”

“No shame in front of the child, presumably his, gotta love it.”

Final thought: If these types of public opportunities come up, you have to respectfully take them. It would be rude not to!