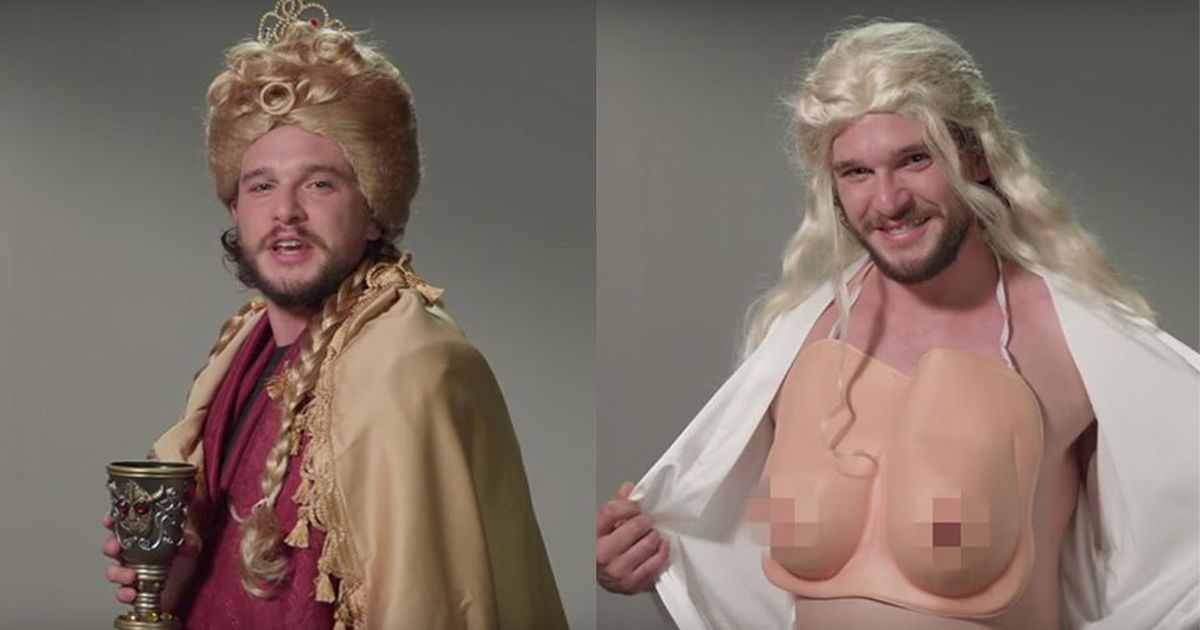 Kit Harington has had a limited career when compared to other names as large as his. The Game of Thrones ‘throb, keen to display his range goes beyond that of the steely and newly-declared, King in the North, has dusted off some archived footage for us to enjoy. The spoof bit, filmed for and aired on Jimmy Kimmel Live, reveals that Jon Snow isn’t the only character that Harington auditioned for in the groundbreaking series.

Watch below as Kit reveals more than we bargained for under his kit! Harington’s lips remained sealed tighter than a fish’s arsehole when it came to details about the much anticipated 7th season which premiered this week. Harington revealed that the cast shot several decoy scenes in Spain featuring characters that will never meet in the final cut. Taking 5 hours each to film. It appears the show’s producers spare no expense in their battle to keep details under wraps. Harrington’s lip tautness contrasted greatly with that displayed by the show’s costume designer Michele Clapton. A number of game-changing secrets were leaked by the three-time Emmy Award winner in a recent interview, but we won’t pedal those spoiler rumours! Who knows whether she was giving us a Baelish-style bum-steer or not? Besides, most people are looking forward to letting the twists and turns of this sickening rollercoaster of a series unfold in front of them. The end of GoT Season 6 put us on course for an epic and explosive opener. There’s been plenty of pre-show vasso flying around and we can predict with some confidence that there’ll be plenty of blood, guts, tits and cunningness on display this season. We get the sickening feeling that there’s not enough lubrication in the Seven Kingdoms to provide a smooth entry back into Westeros this season.