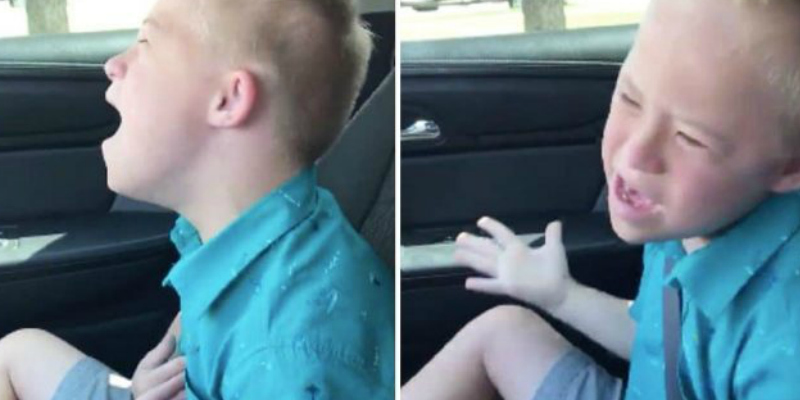 A heartwarming clip has surfaced this week gaining more than 25 million views and a hell of a lot of love. The video depicts a young man belting out a Whitney Houston song. The kid’s name is Dane Miller and he was born with Down Syndrome.

People with Down syndrome are born with 47 chromosomes, one more than ‘normal’ – the 47th is a duplication of number 21. Many display characteristic physical features to varying degrees, and possess some health and development challenges as well as a level of intellectual disability. People with Down Syndrome are able to lead a relatively full life given the chance. Now, we’ve all felt the power of a Whitney Houston tune before, maybe after a few cans when it comes on at the pub. Even the most unlikely blokes have been known to belt out a few bars of “I Will Always Love You” as seen in the clip below. The raw emotion and feeling with which this youngster smashed out “I Have Nothing” is hard to emulate.

The nine-year-old Texan unleashed the beast when the tune came on the radio in a performance that would have had Simon Cowell reaching for the Gold Button. It entertained his Aunt Jeanne to a point that she whipped out her phone to film the back-seat concert. We’re lucky she did as the video has climbed to a startling 25 million views and 35,000 comments pointing out the inspiration they felt from the video of someone just doing what they love.

“When we had Dane, we didn’t know that he had Down syndrome, but it wouldn’t have mattered,” Dane’s mother, Danna told ABC News. “He has been probably the biggest blessing of our lives. He is just so loving and joyful. He is what’s good about this world.”