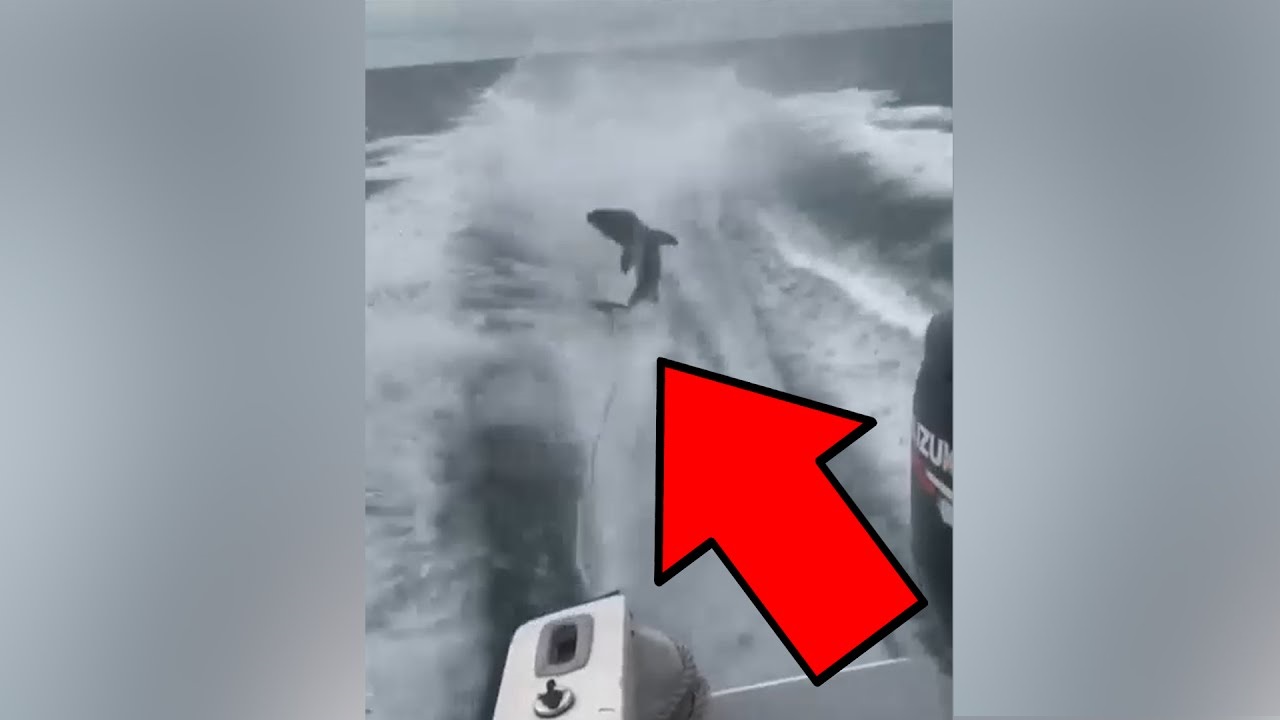 A day out on the water can be a nice relaxing way to hang out with some buddies and catch some nice tasty dinner. But sometimes dickheads arise out of the deep blue and ruin the reputation of fisherman and groups of lads who love to fish. There are some people among us that delight in the misfortune and discomfort of others. Think King Joffrey from Game of Thrones. The world applauded when that nasty prick got his due.

A disturbing video below has surfaced online of some cruel bastards towing a shark behind a speedboat. They have tied a rope to its tail and trailed it behind the vessel. The skipper has then floored it picking up considerable speed.

The shark is helpless to the vigorous wake left by the boat’s powerful motors. Every bounce sends the poor creature flailing into the air before smacking back down onto the water It is difficult to gauge whether the shark is dead, unconscious or fighting for life at this point. Hopefully, it was unable to feel any pain.

The kicker to the cruelty of this 11-second clip is the borderline psychotic laugh by one of the men as he watches the shark flop about in the wake. One of the wankers in the crew had the stupid audacity to post a video of the stunt to Social media where it quickly gathered steam before being removed and the offending account deleted. And it’s not just animal rights groups that are up in arms by this as Twitter has also exploded in disgust. Many believe that animal rights laws do not protect the shark but one thing that is certain, the shark did nothing to deserve this kind of treatment. These type of people don’t deserve to share the ocean’s beauty.

Check out footage of the now deleted video:

CAN SOMEONE PLEASE TELL ME WTF IS GOING ON HERE ???? JUST GOT THIS ON MY FEED ! SENT FROM @bearjew428 AND @MICHAELWENZEL .FOR ONCE I MAY HAVE TO AGREE WITH @PETA. #WHODOESTHISSHIT #sowrong #notcool