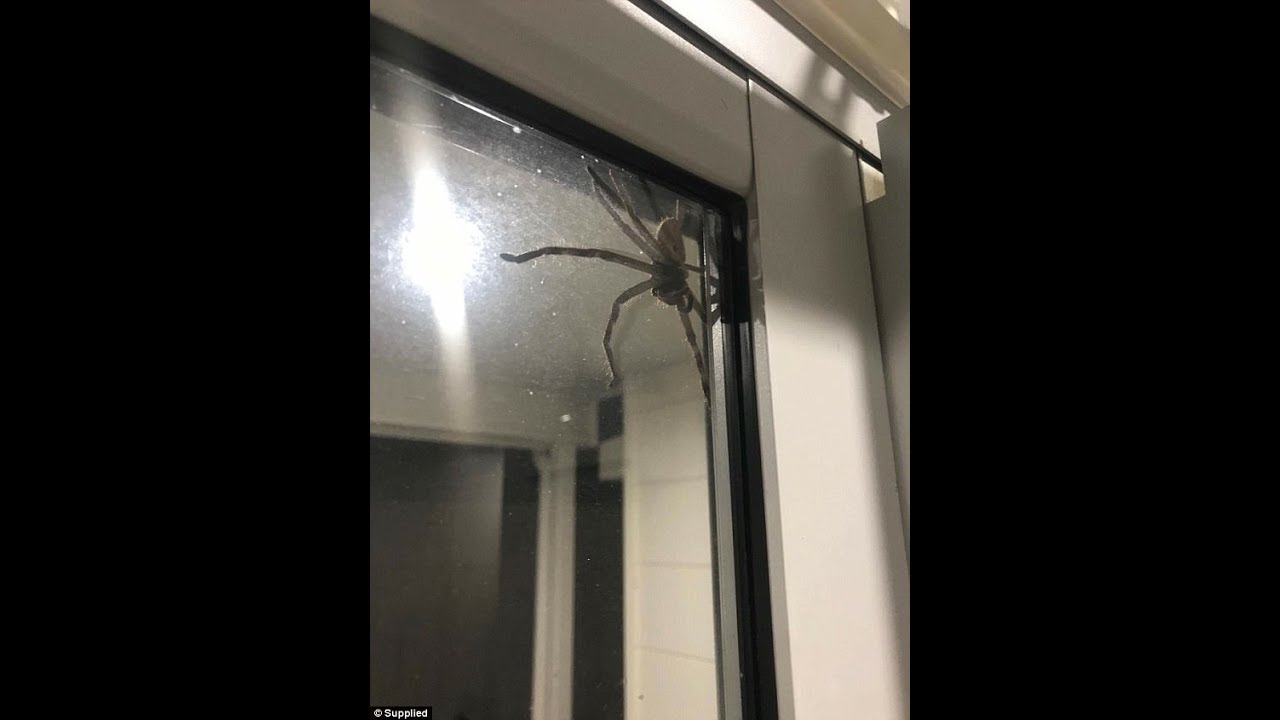 WATCH: This Big F*ck Off Huntsman Trapped A Family Inside Their Own Home

It’s big, hairy, hails From Queensland and is formidable to it’s prey. And no it’s not Mal Meninga!

A couple from Mount Coolum have arrived home to a bloody massive huntsman spider on their patio door. In what is a world of nope, the couple found that the big fella was a bit jumpy when they tried to ask the spider to move on. They were unable to open the door to go outside and grill some delicious meat on the barbecue. The spider wouldn’t budge, except in their direction!

Huntsmen are native to Australia and are notoriously flighty, easily started, monstrous in appearance and get their name from their impeccable ability to stalk and pounce on their prey. The spiders, whilst venomous, don’t pose a threat to healthy humans. They mostly bite in defence, not injecting enough venom to do any real damage. The ones we have down under jump using a hand-spring method, recruiting all eight legs to jump at their prey or away from predators.

You can find varieties of huntsman spiders in all temperate and tropical areas around the world but the ample supply of food means the huntsmen tend to thrive and grow to enormous sizes in Australia. This particular spider, named Arogog, is one of the larger ones seen spanning the breadth of a dinner plate and sporting considerable girth.

The resident, Lauren Ansell, quickly named the Huntsman Arogog after its resemblance to the Harry Potter beast. Before attempting to kill the specimen, Ms Ansell’s boyfriend held their pet cat up to the spider for a size comparison. Poor Cat! The spider was just about bigger! The couple tried to jam the slide in the door, but it jumped away to the safety of the garden. We all know that spider is coming back to haunt the couple as they sleep!