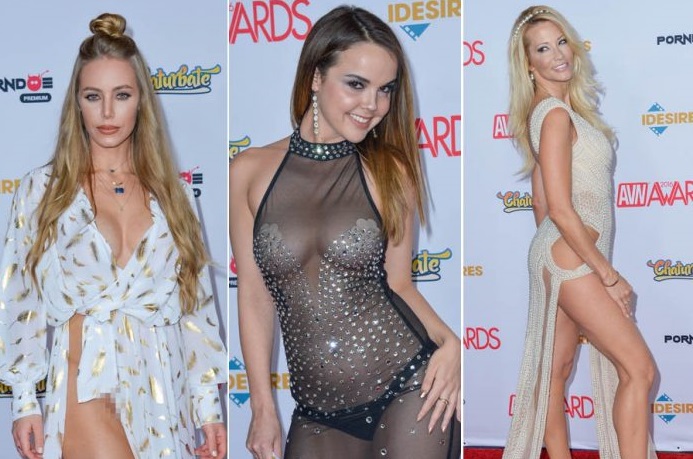 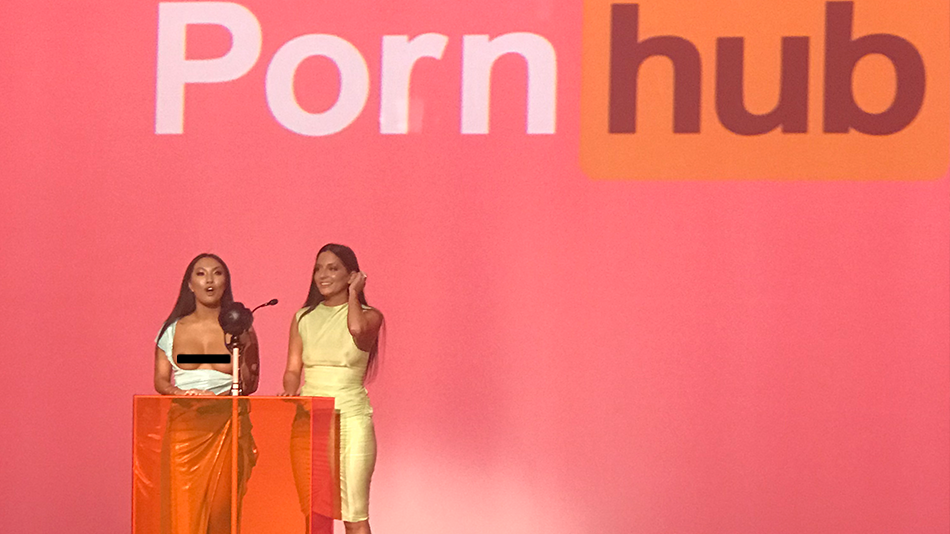 Asa letting it all hang out / Credit: XBiz

The ceremony hosted by Oriental-American favourite Asa Akira was live-streamed via the site, seeing a spike in traffic. But just like going to the hottest strip club in town after a night on the cans, the idea was a pearler, but in execution, the event was disappointing and seedier than an old bloke in a trenchcoat and bare legs. 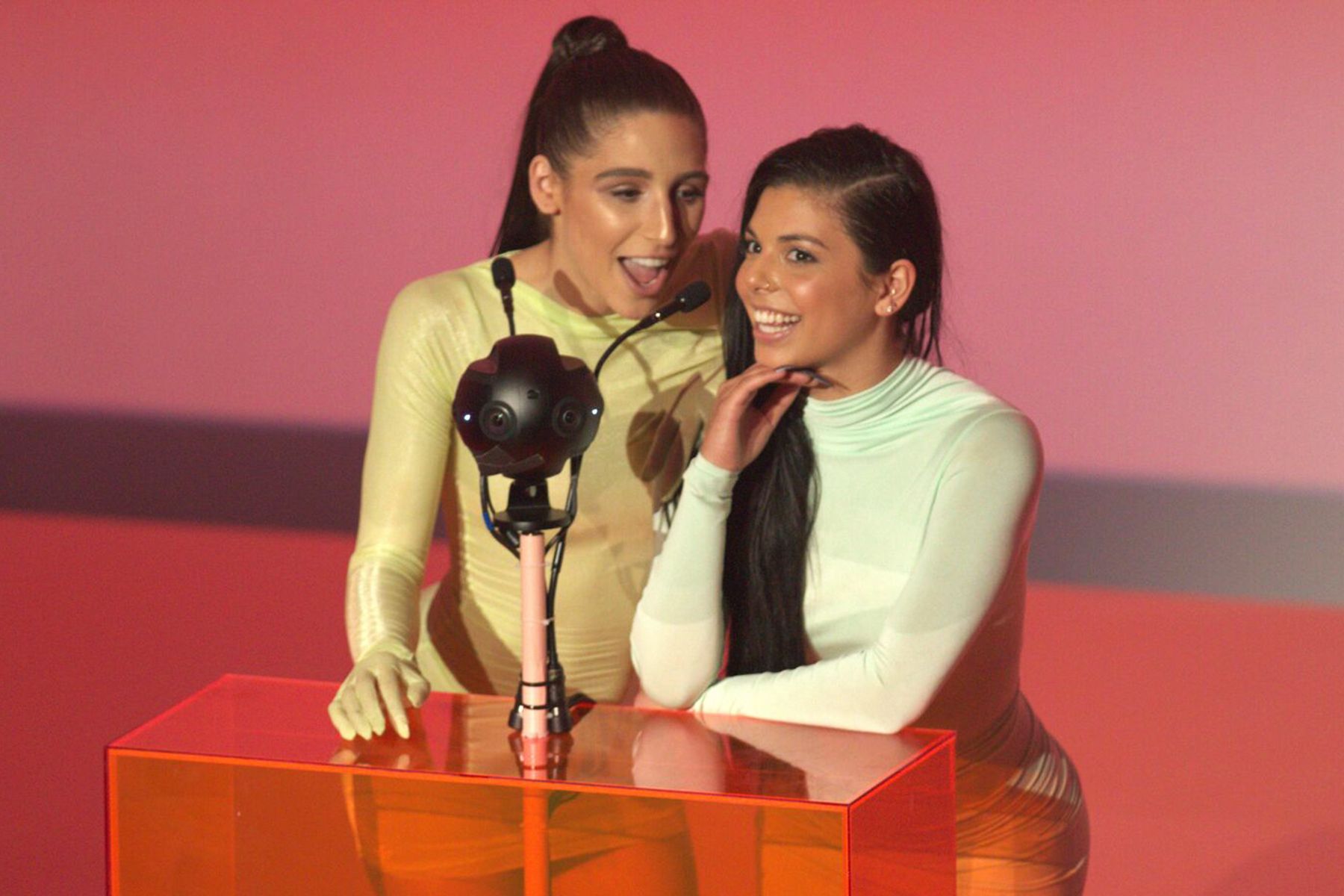 Wanna get out of here?Credit: Rolling Stone

The event could have done with a dress rehearsal though because there were a huge number or awkward pauses during which the presenters had no idea what to do. A startling number of award-winners failed to show up, with the presenters having to accept the awards on their behalves. 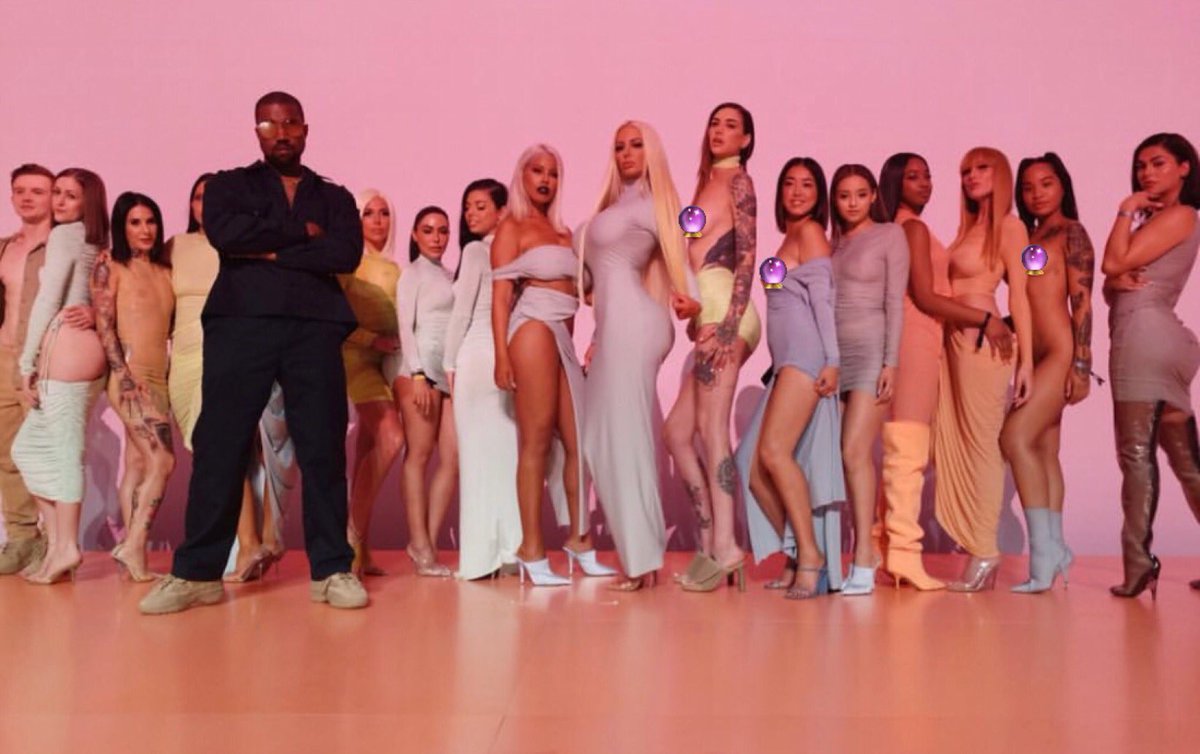 Even Father of the year, Kanye got amongst it! / Credit: Twitter

Final thought: It was a pretty amateurish affair all round and I’d rather watch a couple of hours of 240p Ron Jeremy action than sit through that again! But bloody hell, it’s funny laughing at the mess of cringe-worthy moments.

You can watch the awards in length on the first video and we’ve also got some backstage footage for your pleasure: