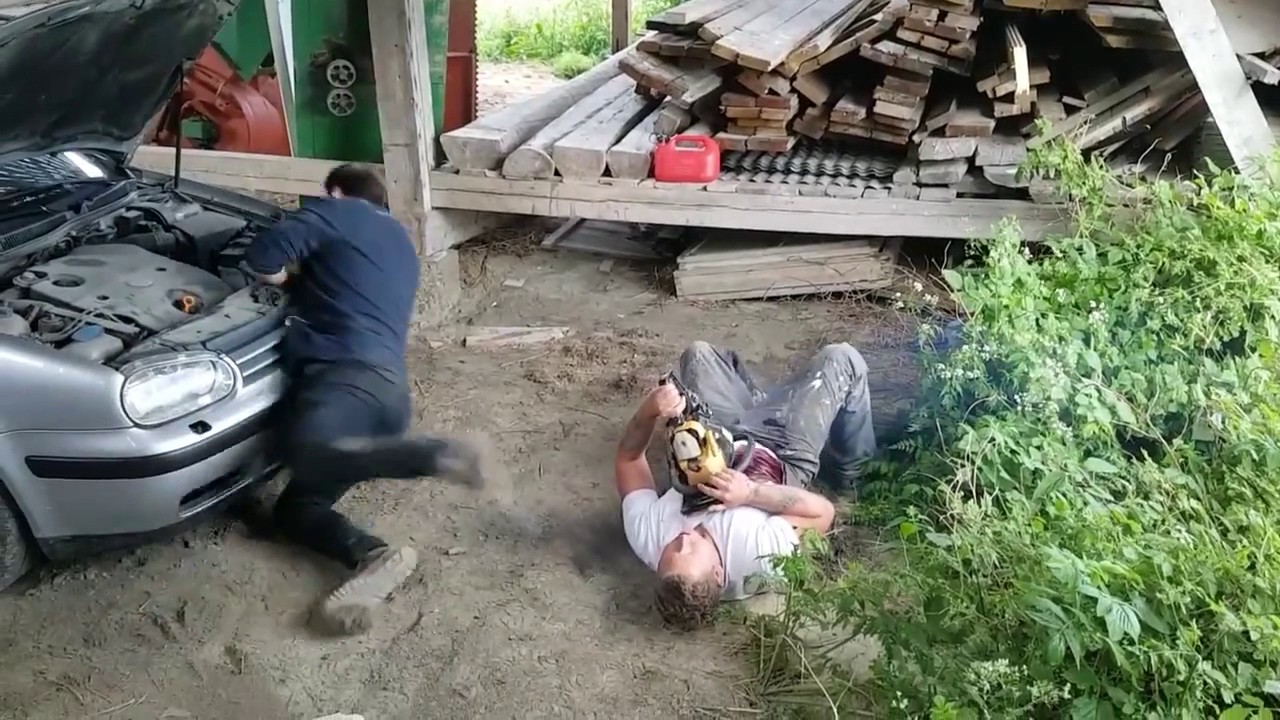 We’ve all got that bastard mate who loves to pull a prank. Whether it’s prawns in a cricket box or something bean bag ball related… we can see the genius behind the jokes but boy oh boy they can be bloody annoying.

Take these lads who appear to be having a working bee. We can’t be sure of the exact setup, but one appears to be working on a car whilst the other one uses a chainsaw to shorten a plank of wood that is jutting out of a stack. Come to think of it, there is a fair bit going on in this clip.

Chainsaw safety is a pretty smart thing to practice quite rigorously, but the bloke in the white t-shirt is going at it without any protective gear at all. That’s gotta make his mate who is playing the mechanic, a wee bit nervous. The unsafe, but innocent video takes a spectacular turn when the bloke at the car turns around when he hears the chainsaw kick into overdrive.

What he’s confronted with is dead set horrifying. The bloke with the chainsaw has it sticking out of his guts as he writhes on the ground! Understandably, he is beside himself and overwhelmed by the scene which causes him to lose consciousness.

Chainsaws strike fear into the hearts of many a horror-movie aficionado. It’s been the weapon of choice for many a villain. Pretty sure Duke Nukem used one too! Watch the full video below, if you can stomach it!

The clip has attracted a range of comments on YouTube. Some in the community believe it to be too far and way too gruesome. Imagine seeing a close friend writhing on the ground seemingly impaled by a running chainsaw! It’s pretty bloody grim! Either way you look at it, the prankster nails the stunt and elicits the strongest of responses from his victim.