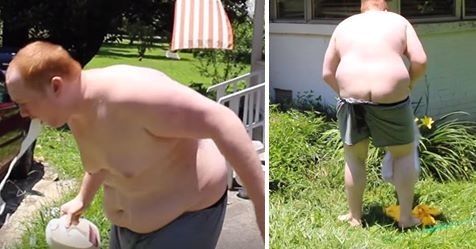 In 1912, Wilbur Scoville created a scale to measure the heat of chillies sparking intense competition between chilli growers. 100 years on, “Smokin” Ed Currie, a grower in South Carolina had the genius idea of crossing a ghost pepper and a habanero chilli creating the dreaded Carolina Reaper. It’s the hottest chilli in the world at the moment – so hot that it has been known to cause heart issues and bring on anaphylactic shock! This sphincter-rupturing abomination blew out the Scoville scale, recording a sweltering average of 1,569,300 units. Let’s put that perspective: the chillies used to make Tabasco Sauce fetch around 40,000 units. Warnings aside, seemingly unfounded bravado and a need to test out their pacemakers draws many crazy individuals to endure the pain of ingesting the Carolina Reaper. The challenge recently drew the attention of YouTube sensation CopperCab, of ‘Gingers Have Souls’ fame. After an eternity of procrastination, the fiery southern bloke munches into one and his emotional and physical reactions are off the Richter! We all know that a flaming ring-piece and looser than average stools are a common after-effect of consuming a little too much spice. But this thing must have flown through him like a Sonny Bill Williams shoulder charge; he sh*ts himself within 20 seconds! We now know what the Red Hot Chilli Peppers song ‘Scar Tissue’ was referring to. This, however, is just the beginning of the gastric distress as he convulses and dry wretches before being taken to hospital.

He has made a full recovery since the ordeal which can be viewed below in full. Hold onto your hats though, there are rumblings of a new World’s Hottest Chilli that has been grown in Wales. A single chilli has hit the Scoville index at 2.48 million units. Grower Mike Smith has lodged the orifice-singeing monstrosity to the Guinness Book of Records for verification and recognition.

Let’s see if we can get Angry Ginger Kid onboard again!