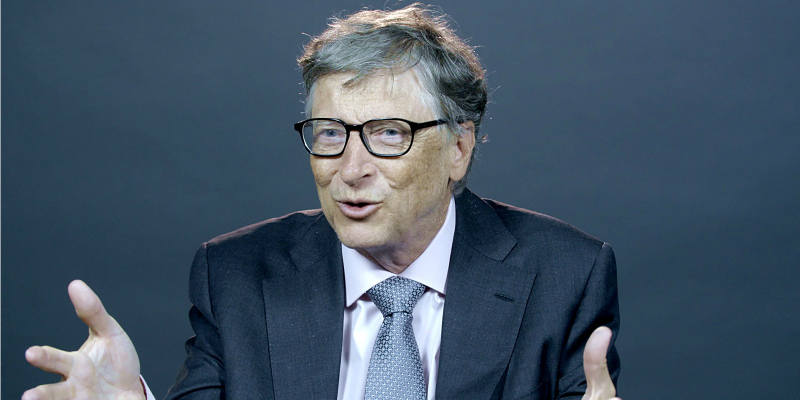 Bill Gates Made These Absolutely Insane Predictions Almost 20 Years Ago

His type used to be teased by the jocks. But Bill Gates is certainly having the last laugh in his decorated and enormously successful career.

Microsoft is constantly in the top 10 most profitable in the U.S, making Gates one of the most successful humans on the planet both on paper and in achievement. He is partially credited with building the world as we know it.

Consumers have enjoyed the healthy competition between Microsoft and Apple which means we now don’t have to plug code into DOS to procure naughty naked pictures.

In 1999, Gates published a book entitled Business @ the Speed of Thought – Using a Digital Nervous System. The book was instrumental in ramping up the uptake of digital technologies as the backbone of modern enterprises. But the crazy thing about book lies in the predictions that Gates made about the future of technology and the online world. Like some kind of nerdy oracle, Gates trotted out what would have seemed to have been batsh*t crazy predictions about the future:

“People will carry around small devices that allow them to constantly stay in touch and do electronic business from wherever they are.” “They will be able to check the news, see flights they have booked, get information from financial markets…on these devices.”

“Private websites for your friends and family will be common, allowing you to chat and plan for events… Residents of cities and countries will be able to have Internet-based discussions concerning issues that affect them, such as local politics, city planning, or safety.”

Advertising also would play a big factor with the help of the Internet: “Devices will have smart advertising. They will know your purchasing trends, and will display advertisements that are tailored toward your preferences… Television broadcasts will include links to relevant websites and content that complement what you are watching.” Think back to 1999. MSN was the Instant Messenger of choice and Livin’ La Vida Loca was topping the charts. To gain a bit of a timeline, MySpace didn’t even hit our browsers until August 2003 and the first iPhone wasn’t unveiled until 2007, 8 years after Gates’ book was published.

The above forms just a handful of the insights that the book gives. He also considers the rise of personalised advertising, location-based service provision and online automated price comparisons all of which exist today. What a gun!