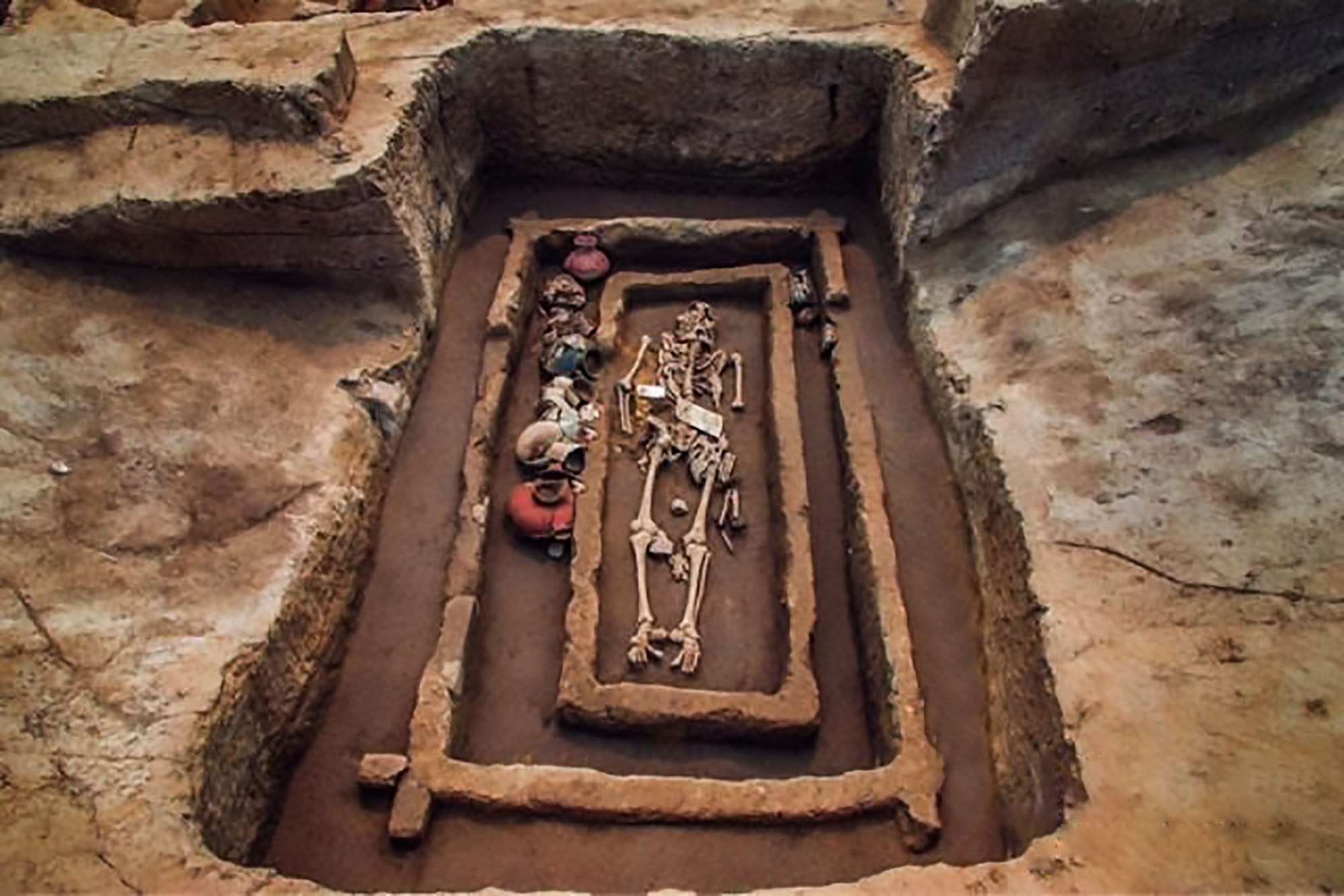 Yao Ming aside, China is not a country known for producing exceptionally tall human beings. In fact, the national height average height for men is currently a mere 5’8” (172.1cm). It’s widely known that over time humans have grown taller with each generation as we became better at hunting, and then better at nourishing ourselves.

Asian populations are generally shorter than many others. Some scientists say this may be due to a diet historically low in protein. Someone must have forgotten to lock up the meat 5000 years ago because Archaeologists have just uncovered a couple of big bastard skeletons in Northern China. The Skeletons were exhumed from tombs in North-East China in the region named Yellow River Valley. These humans would have been nearly a foot taller than the rest of the population who scientists predict would have averaged 5’2”. The ‘giant’ skeletons that were discovered are thought to have once stood at between 5’11” and 6’3”.

“This is just based on bone structure. If he was a living person, his height would certainly exceed 1.9m,” – Fang Hui, head of Shandong University’s school of history and culture. It is believed that the skeletons once belonged to humans living in the Shandong region as part of the Longshan Culture. Whilst the Longshan culture is said to have been largely peaceful, there was a crossover for 400 years in the region with the notably more violent Dawenkou culture. One can only imagine that the Dawenkou would have thought twice before raiding the team with a couple of Tormund Gianstbanes behind them! The large and lavish tombs of these large skeletons tell archaeologists that they were probably wealthy and had access to better quality and more food. It is unknown if they were kings, but generally only the wealthy had access to meat, whilst the rest of the population lived on rice and millet.