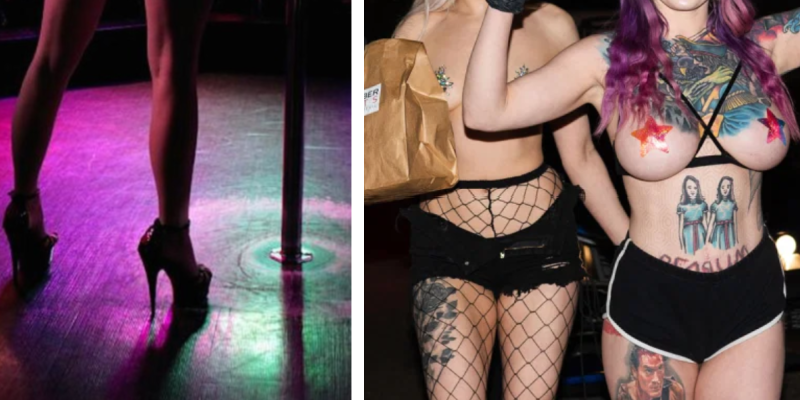 Lockdowns around this great planet of ours have forced a lot of business to go to sleep to ride things out. On the chopping block have been a lot of entertainment businesses that draw the masses together to have a good time. Unfortunately, that means a sh*t-tonne of Eye Candy Shops have had to shut their doors leaving a bunch of hard-working sheilas out of work.

Some ‘ripper joints have managed to pivot into essential service providers. There’s a mob in the States doing topless takeaway deliveries. There are plenty of creative ways to make sure the main assets don’t go wanting in the hard times. But while we wait for the doors to reopen, there’s been a great response to the question we all want to ask any stripper – what’s the weirdest sh*t you’ve come across on the job?

Now, normally you’d expect some seedy grot to come out of the woodwork, but a lot of the tales are downright hilarious or even heartwarming. Sure you’ll get the odd story of a first-shifter having to chip off the crusties off the vinyl couches, but it’s not all filth and I’m beginning to think that strip clubs are where some of the most decent blokes and sheilas in the world hang out!

Take the hard-toiling farmers from this place out in the sticks who give away their crops as a nice little tip.

Then there’s the customer who brought in a bloody pet parrot that kept the staff entertained for hours!

Of course, there is a bit of smut you’ve been hanging out to hear about. So here ya go: a nice little piece about a customer into bestiality (hopefully not with Pickle!). It’s got a happy ending though! 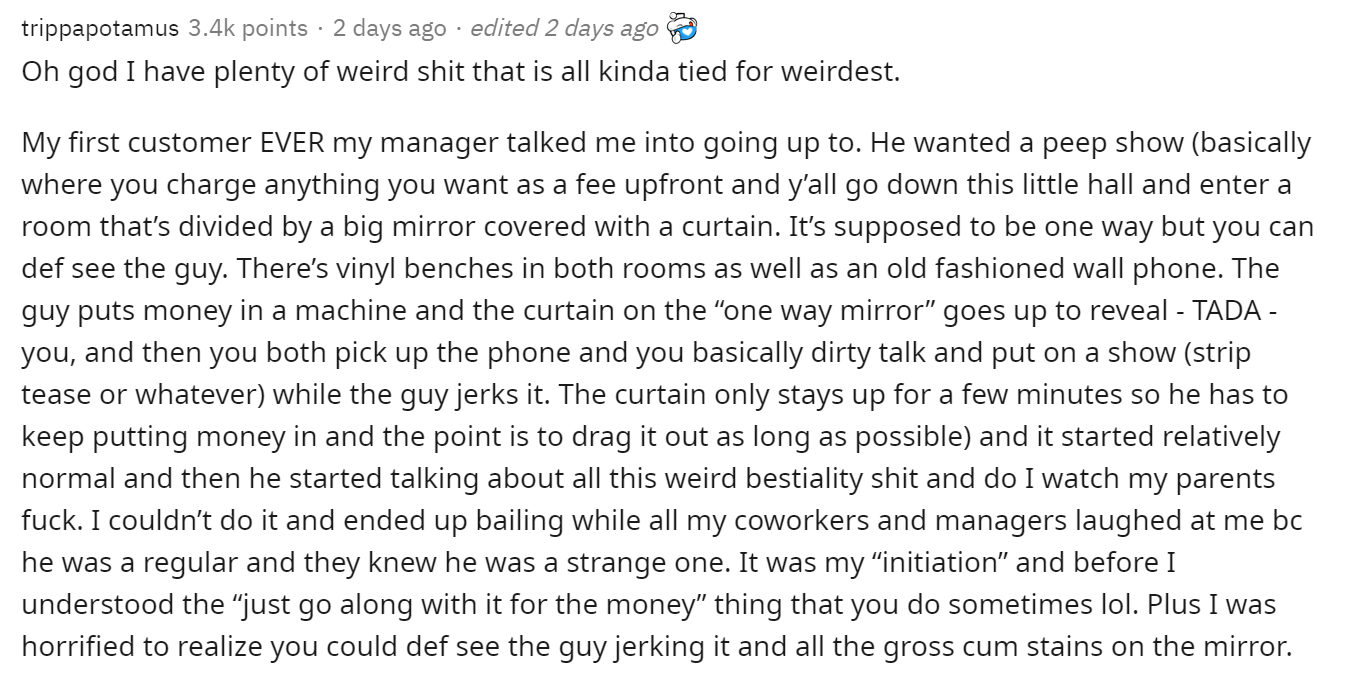 Final Thought: There isn’t a bloke or sheila on the planet that hasn’t been affected by the ‘Rona. Really feel for all the battlers out there doing it tough. Bloody hats off to all those still giving it a red hot crack, trying to make a buck however they can.

By Penelope "Joey" Townes 3 years ago