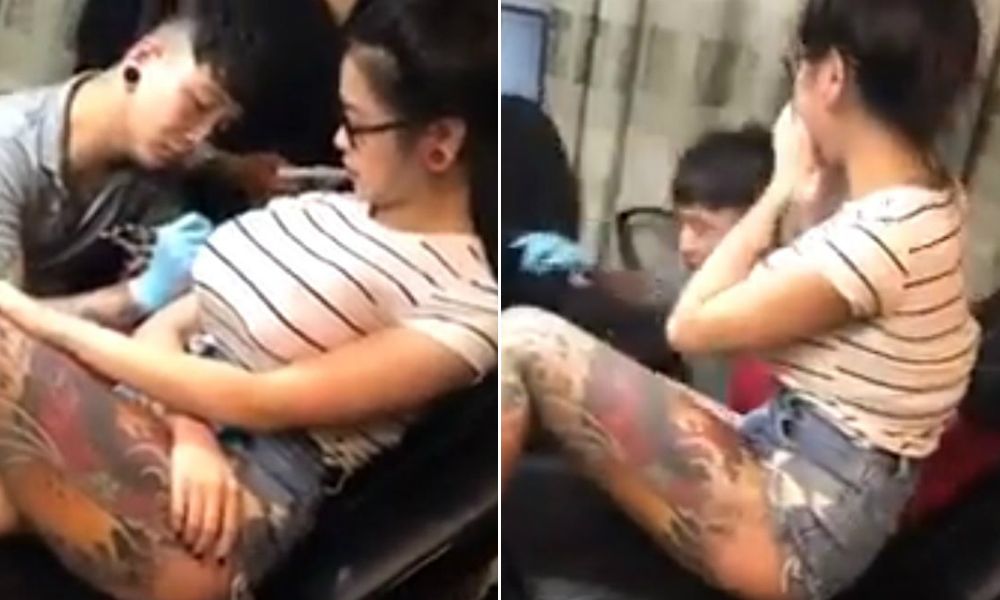 Woman’s Perky Breast ‘Explodes’ While Getting A Tattoo

There’s a tattoo artist somewhere in the world who almost shat himself because of a young woman with some of the perkiest breasts you’ll ever see. The only problem is, the poor guy thought he had burst one of her implants…

This clearly isn’t the first time this girl has been under the needle of an artist as the piece on her leg is really well done, but this time it needed to be different. It turns out, she felt like pulling a prank to make the session a little more fun. 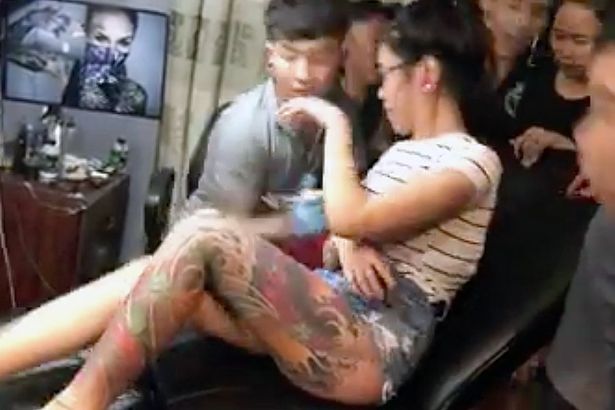 Whether she had a new artist she wanted to mess with or just felt like getting some online views, either way she put a whole tattoo at risk here. While sitting on the chair with her friends watching on and the tattooist doing his work on her right shoulder, her boob popped!

That’s right folks, the beautiful globes you can’t help but notice are as fake as the performance her friends put on in the background. Coming to us all the way from China, this has to be the best and worst prank idea all at once.

The way her friends react to garner a larger response from the artist was perfect, but the poor guy almost broke his neck he was so terrified. Maybe if he knew it was physically impossible for that to occur he wouldn’t have flown out of his chair, instead he’s earned the flying artist achievement in my book. 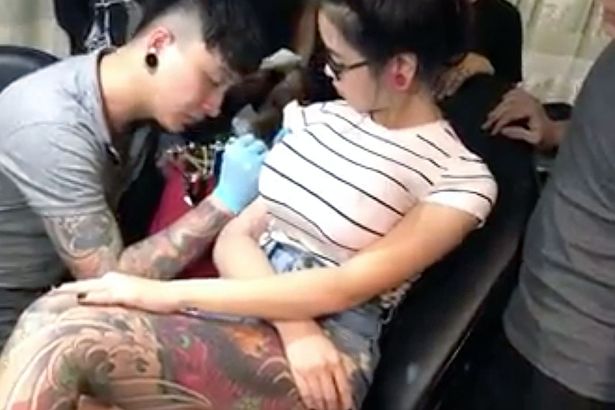 Still, do you think it’s truly wise to pull a prank like this on someone who’s using needles and ink to permanently draw on your skin? Hopefully the tattoo didn’t get ruined… or the artist himself for that matter. 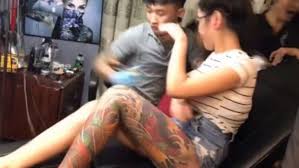 I wonder if he ended up finishing the work, or if he told her to get out. After that, I’m not sure what I’d do.

Check it out on the video player below: